Next time you reach for a bottle of French wine, take a closer look at the label.

That label tells a story of the region’s history, as well as the history of French winemaking and centuries of complex laws governing its production and distribution.

But if you don’t know how to read French wine labels, that history and context is lost on you and your guests. What if you could tell a story about the label as you uncorked a bottle of French wine at your next dinner party? 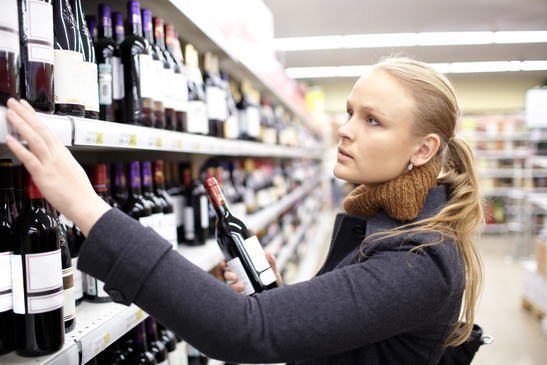 Here’s a primer on how to read and understand French wine labels, so you can use that knowledge to have a deeper wine experience.

The long history of French wine

The history of French wine begins not in France, but in present-day Turkey during the 6th century BC. The Greeks occupying the region realized the Mediterranean climate in recently-settled Massalia (present-day Marseilles) was perfect for growing olives, figs and grapes. Seeing an opportunity for profit and trade, they began planting vines around the region.

The vines thrived in France and flourished particularly well in the regions of Bordeaux, Rhône, Loire Valley, Burgundy, Champagne and Alsace. To this day, these regions produce some of the world’s finest wines. 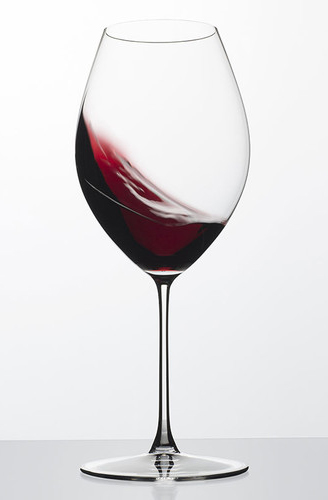 Why French wine laws are so strict

In the mid-19th century, a plant disease called phylloxera brought over from North American grapes destroyed vineyards. The shortage of fine wine during this period led to wine fraud, threatening France’s reputation as the world’s leading producer of high-quality wine.

The practice of labeling wines from lesser regions as though they were high-end put a black mark on leading wine regions such as Bordeaux, tarnishing their reputation for excellent quality. In an economy just barely beginning to recover, France could not afford a poor reputation. The need to regulate wine fraud lead to the Appellation d’Origine Contrôlée system (AOC).

For example, a wine from Bourgogne will be similar to other wines of the same varietal from the same region. Each will be slightly unique, but will display characteristics specific to the region such as notes of ripe berries or hints of cinnamon.

The first classification denotes any wine that is not classified as an IDG or an AOP wine.

Wines classified as Indication Géographique Protégée experience less restriction than Vin Délimité Qualité Supérieure wines. Winemakers may now use any varietals they wish when producing wine and are also able to blend a variety of grapes from different regions.

The final classification, AOP, remains basically the same as AOC with a heavy focus on the idea of terroir.

How to read a French wine label using AOC classifications

The classifications and laws surrounding French wine are complex. Here’s how you can use this information to ensure the wines you buy are high quality.

A wine classified in one of the 470 AOC territories must note their AOC on the label. Still, AOC can be confusing as it can indicate a region, a district, a subdistrict, a village or a specific vineyard. 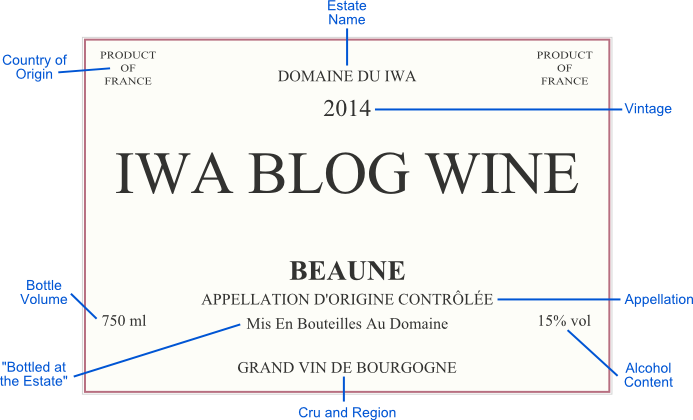 Here’s a good rule of thumb for avoiding confusion when buying French wine: The more specific the AOC, the higher the quality of wine. For example, an AOC wine from Châteauneuf-du-Pape would be considered higher quality than a wine simply labeled as from Rhône.

Another benefit of the AOC/AOP label on a wine is that it shows a wine is made from a specific grape varietal grown under controlled conditions. This control ensures the grapes used in producing a batch of wine are of good quality. It also provides a handy cheat sheet to know which varietals went into the bottle.

For example, wines from the Bordeaux region are typically made using Cabernet Sauvignon, Merlot and some Cabernet Franc grapes. Wines in the Rhône Valley are typically Syrahs. Burgundy produces wines made with Pinot Noir varietals. A region’s name on an AOC label allows you to immediately identify the grapes in the wine.

While regulations controlling the usage of specific grapes are relaxing for lower-quality wines, they remain the same for high-end wines.

In addition to noting the region, wines will frequently list their cru classifications on the label, allowing you to easily see which wines are of higher quality. Wines with a Grand Cru label are the highest quality, followed by Premiere Cru wines. A recent third cru, Cru Bourgeois, indicates wines of lesser quality than Grand or Premier crus, but that are still of decent quality.

Now you should be able to not only select a bottle of fine French wine, but also impress your friends with your knowledge about its classification, region of origin and history. What’s your favorite French wine? Let us know in the comments!

About the author: Ariel Berchtold is a freelance writer with a passion for wine, food and travel. She’s currently backpacking the world with her husband. Follow their adventures at scenicroutehome.com.