Alsace is one of few French areas where varietals are allowed as label identifiers. In particular, about fifty Grand Cru vineyards produce the region’s five best varietals: Riesling, Gewurtztraminer, Muscat, Pinot-Blanc and Tokay-Pinot Gris (the ‘Tokay’ portion phasing out, minus a handful of purists.) 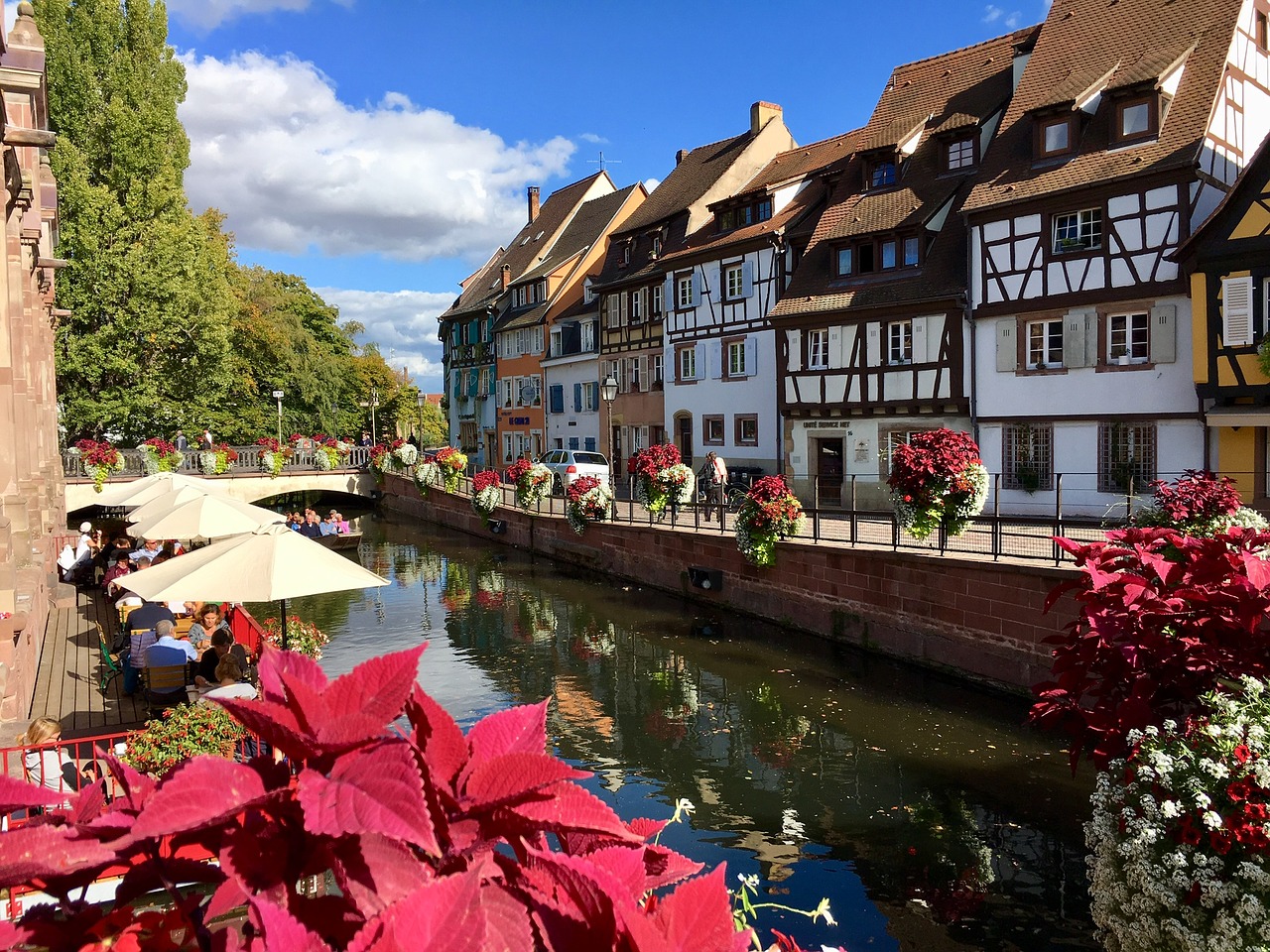 A 75-mile stretch of road hugs the east side of the castle-peppered Vosges mountains. The Route de Vin is not unlike early Highway 29 in Napa County, where storybook towns dot vineyard-traipsing paths worth checking out and sampling: Kayserberg, Guebwiller, Turckheim, Ribeauvillé, Riquewihr, and Eguisheim, to name a few.

The Kientzheim Castle, home of the Alsace Wine Museum, showcases historically-accurate wine cellars and storing methods, and features exhibits of regional wine glasses and serving vessels dating back to the 1400’s. 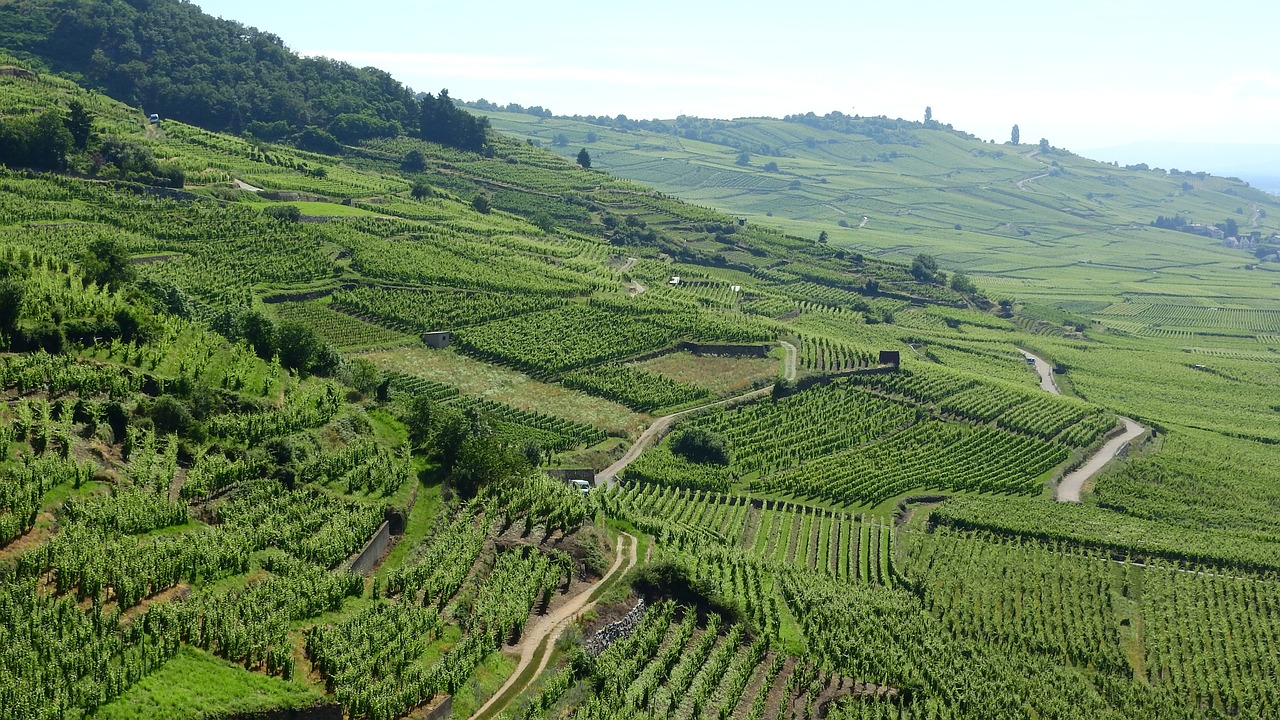 Nearby Colmar, one of the larger villages, is a perfect detour town. Officially established around the 9th century, WW2 American and German soldiers found Colmar so charming, they both left it standing unscathed—a highly unusual privilege.

Ditch your car; walk the cobblestones. We began at town winery Karcher. They offer two “gites”, (overnight rooms with kitchenettes). Favorites of our Host’s offerings included the Pinot Noir RRIQUE (10,50 euro) and Cremant Rose (8,90 euro.) Side note: Prices were 2011 vintages. No typos; euros use commas. 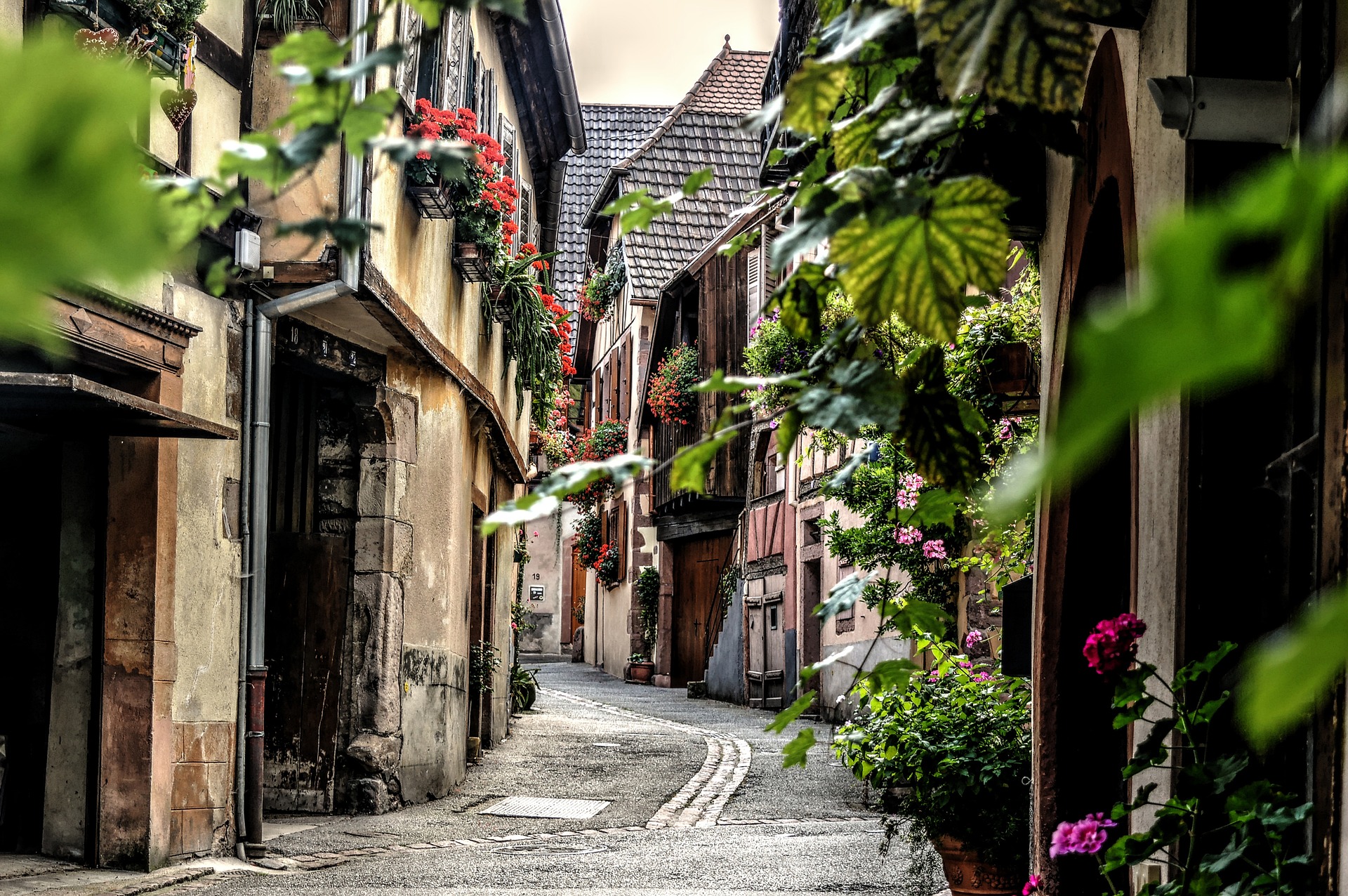 Crisp whites pair gorgeously with two regional specialties: the Alsatian tarte flambee and rosti.  Typically both use creme fraiche, emmenthale cheese, shredded onions, and a version of bacon (small pieces of fried lardons or pancetta.) Remember the base differences:

2)  Rosti:  A PILE of shredded potatoes that haven’t been browned.

Also famous here: the Christmas Market and the Fete le Printemps, a concert and performance series in Spring.

With vineyards in every corner and outdoor activity to entertain your every whim, Alsace deserves a pilgrimage from every white-wine aficionado.