Sherry is often seen as an old-fashioned dessert wine, relegated to your grandmother’s kitchen. The scope of this fortified wine is gaining a reputation around the world, not just in Spain, and perhaps it is time to pull it out from dusty cupboards.

What exactly is Sherry? It is often mistaken for a wine variety, when the name applies to a variety of fortified wines made with Palomino, Pedro Ximénez or Moscatel grapes in the Jerez Region of Southern Spain. These grape varieties are harvested, fermented, fortified and aged to produce different wines, not just sweet after dinner drinks.

If you prefer dry wines, stick to Amontillado, Oloroso or Palo Cortado. The aging process of these wines incorporates oxidation, giving them color and adding to their flavor profile. Other dry styles, Fino and Manzanilla, retain their pale yellow color as they are aged under a natural film of yeast called the flor. These differences are fundamental in producing diverse sherry styles. Moscatel and Pedro Ximénez grapes produce dry or sweet wines. In between are the semi-sweet blends, such as Cream.

Despite its reputation as a granny’s drink, sherry makers are innovating to appeal to a modern palate. Combining knowledge of traditional methods with innovative approaches, sherry has been reinventing itself in the last few years and yes, there is something new to see here, such as the “en rama” sherries created without filtration. Wineries are well and truly in the 21st century and you can find a wealth of information about their sherries online.

Sherry is an ingredient that increasingly appears in the discerning bartender’s repertoire. Sherry Cocktails are celebrated in the annual US Sherry Cocktail Competition. There are plenty of new possibilities within this centuries old heritage. 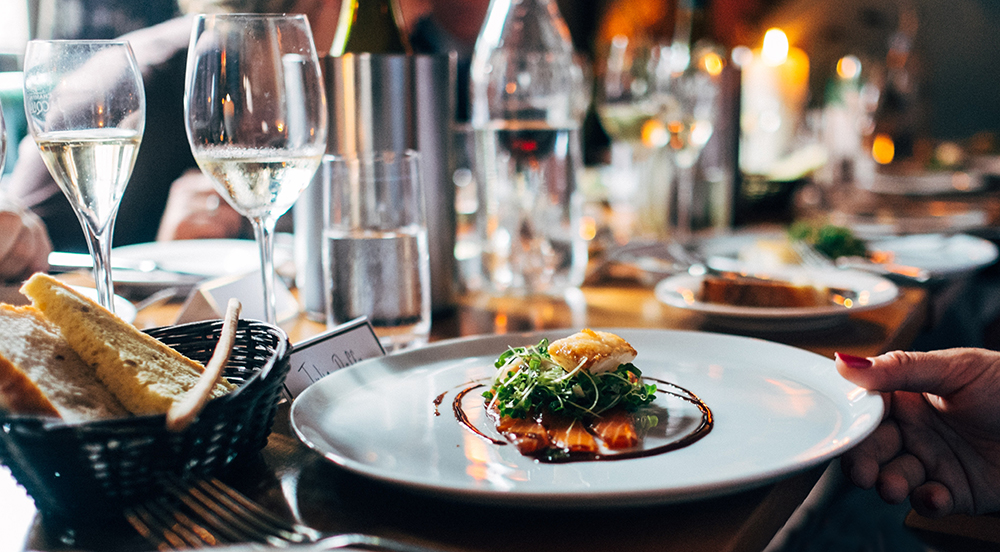 Of course there is nothing wrong with serving Pedro Ximénez at dessert and Fino as a classic aperitif, but keep in mind that the wide selection of sherry styles opens up the possibilities for food pairing.  Dry sherries are sharp and refreshing, perfect for seafood. Amontillado, characterized by nutty aromas, makes an excellent accompaniment to mushrooms and other autumnal flavors. Oloroso and Palo Corado pair with heavier, meaty dishes such as stews. The possibilities are tested biennially in the international Copa Jerez Competition, which sees chefs and sommeliers team up to compete for top prize.

Like any wine, there are varying degrees of quality and price points. Of course there are cheap, one-dimensional sherries that should be avoided, but there are also rewarding sherries with depth and complexity. The aging process of moving sherry through different barrels, known as the Solera system, produces beautifully luscious, complex wines. When serving it, use white wine or specific sherry glasses to enhance its aromas and properly breath, such as the Riedel Sherry glasses. Avoid using tiny dessert wine and port glasses.

Sherry can be poured at all times of the year, not just during the winter holidays or special occasions. Fino should be served chilled to around 43 degrees and is ideal for hot summer days. Most sherries are served between 54-57 degrees. While there are no rules, a higher alcohol dry sherry is nicely suited to a cold winter’s evening. Oloroso, for example, is fortified to 17% alcohol and then aged, concentrating the alcohol further and resulting in a full-bodied wine with complex aromas. You can drink any sherry all year round – it’s just a matter of taste. With the extensive possibilities for food pairing, there is a sherry to suit every occasion. Grandma can keep drinking her sherry, but so can we!

About the Author: Catherine Miller is a freelance writer who began a love affair with Southern Spain when she moved there in 2015.