California’s world-renowned wine regions of Napa, Sonoma and Santa Barbara are well-known to most wine lovers, from the casual sipper to the serious collector. But, these popular regions also can be crowded, commercialized and expensive.

If you’ve already visited Napa and Sonoma and would like to explore new wine regions, take a look at the following off-the-beaten path regions, from the old vines of Amador County to winemakers pushing the boundaries in Santa Lucia Highlands. Take a look at three off-the-beaten path California wine regions where you can discover new wines – and often, meet the people making them — in laid-back, less crowded tasting rooms. 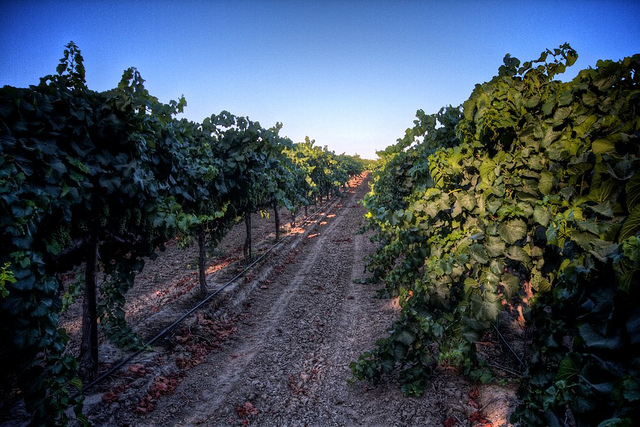 Located about a two-hour drive south from the San Francisco Bay Area, the Santa Lucia Highlands, or SLH as the region is sometimes known, traces its winemaking roots to the 1790s, when Spanish missionaries first planted grape vines there.

Thanks to the pioneering efforts of wineries like Paraiso, Sleepy Hollow and Pisoni, modern winemaking took root during the 1970s. Nowadays the area is known for its lush Pinots, as well as its notable Chardonnays, Syrahs and Rieslings.

Many wineries do not operate public tasting rooms within the Santa Lucia Highlands, but those who are open are located on what’s known as the River Road Wine Trail. These are a few of the area’s must-visit wineries:

Insider tip: The correct pronunciation of the region is Santa Loo-SEE-ah, which is a nod to the early Spanish settlers who first named it.

Located just north and east of its more famous cousin, Napa, Yolo County is full of farms and bucolic landscapes of orchards, a few small towns and two sub-appellations, Western Yolo and Clarksburg.

You may recognize Bogle, one of the area’s most well-known wineries; but most Yolo wineries are small and family-run. Tempranillo does well here in the warmer temperatures, as do varietals including Syrah, Zinfandel and Chardonnay. To discover several wineries in one spot, head to the Old Sugar Mill, a historic building that now houses 10 wineries at just a $5 tasting fee. The charming town of Winters, with five tasting rooms on its Main Street, is an ideal spot for a weekend getaway.

Insider tip: Vintners like to say it takes a lot of beer to make a good wine. Follow their advice at the Barryessa Brewing Company in Winters, where locals gather to sip from a rotating selection of beers that may include the crisp Propaganda Pils and the hoppy Double Tap IPA.

This region boasts some of the oldest vineyards in California, but you won’t find the pretentious attitudes that typically accompany such an established winemaking tradition. Amador County has friendly locals, laid-back wineries and budget-friendly restaurants.

Located about 35 miles east of Sacramento, Amador County is ideal for lovers of Zinfandel, with more than three dozen wineries producing the varietal. Other standout wines include Syrah, Barbera and Sangiovese. The following wineries in Amador County are worth a visit:

Whichever of these regions you explore, be sure to grab a bottle (or several) for your collection – the story behind them is likely to be as interesting as the wine itself.

Let us know in the comments your favorite off-the-beaten-path wine regions in California — or elsewhere!

About the author: Blane Bachelor is a San Francisco-based freelance writer who covers travel and outdoor adventure for outlets including New York magazine, Fodors.com, Runner’s World and San Francisco magazine. When she’s not writing, she spends as much time as possible in Northern California wine country. Follow her on Twitter at @blanebachelor.