Are sulfites in wine really that bad for you? Are they to blame for your headaches? Should you be drinking sulfite-free or low-sulfite wine?

You’re not the only one who’s wondering. 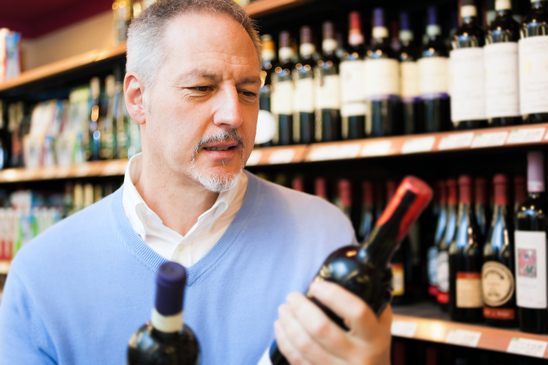 Sulfites conjure up great fear and apprehension. It’s not a surprising concern since wines are now labeled with the seemingly menacing warning: “Contains sulfites.”

Let’s take a closer look at some of the most common assumptions surrounding these preservatives and set the record straight.

Myth: Sulfur is a manmade additive

Sulfur Dioxide (a.k.a. Sulphur or SO2) isn’t manmade — it’s actually a natural substance found in the earth. It’s produced in both liquid and powder form and is used in a variety of roles including biochemical, biomedical, food preservation and, of course, winemaking.

Vineyards use sulfur to protect vines from mold and mildew and at the crushpad to guard against oxidation, combat bacteria and control wild yeast. Sulfur is also used after fermentation to keep wine fresh and free from bacterial spoilage and oxidation.

Myth: Sulfur in winemaking is a new invention

In the 1st century AD, Roman naturalist Pliny the Elder wrote the first encyclopedia, “Natural History.” One topic he covered in detail was winemaking and viticulture. He noted the use of sulfur dioxide inside wine jars, often by burning a candle, as a means of keeping wine from spoiling and developing “off aromas.”

It seems our winemaker ancestors also used preservatives such as salt, liquid and solid pitch, marble dust and lime.

In 1487, Germany issued a Royal decree that sulfur be used as a preservative in wine — up to 18.8 ppm (parts per million), which isn’t too far off today’s labeling threshold of 10 ppm. These early winemakers burned wood shavings, powdered sulfur and incense inside the barrels before adding the wine.

The opposite is actually true! Because reds have higher tannin levels to protect the wine, winemakers don’t need to add as much sulfur to reds as they do to white or Rosé wines. The more sugar in a wine, the more sulfites it will have to prevent the sugar from fermenting.

Myth: Since sulfites are called out on labels, you should avoid them

The reason behind the “contains sulfites” language on wine labels actually has nothing to do with wine. In the early 1980s, the US Food and Drug Administration began to receive a host of complaints from people who became ill or had severe reactions to salad bars and fresh fruits and vegetables.

The culprit appeared to be sulfur. High amounts of sulfur were being used to keep these food products fresh. The sulfite language became mandatory on wine labels in 1987 and is regulated by the Tax and Trade Bureau.

Although sulfur is deemed safe, the government requires the phrase “Contains Sulfur” must be included on labels when sulfur is present in concentrations of 10 ppm or higher — whether it’s naturally occurring or added.

Sulfite allergies are actually quite rare. Those who have a heightened sensitivity to the substance usually also suffer from severe asthma. The percentage of the population that may be affected ranges from 1 to 5 percent.

Other foods have much higher sulfite levels than wine such as dried fruits, molasses, gravies, sauces, corn syrup, maple syrup, shrimp and many more.

If after drinking wine, you get horrible headaches, your face and neck flush and you feel sick, sulfites are not necessarily to blame. Look instead to biogenic amines such as putrescine (the most abundant in wine), tyramine (also found in aged cheeses, cured meats and some beers), cadaverine and histamine. These compounds occur naturally when amino acids break down.

Histamine is most likely the culprit when it comes to your headaches. Along with tyramine, it can cause blood vessels to dilate, resulting in throbbing heads and flushed cheeks. Histamine may also be responsible for gastric problems and upset stomachs.

Some people have found taking an antihistamine before enjoying a glass or two of wine is helpful, but don’t forget to check with your doctor first.

If a wine is labeled organic, don’t assume it’s sulfite-free. Keep in mind that all wine contains some sulfites; they are a naturally occurring byproduct of fermentation.

Do organic wines naturally contain fewer sulfites? It depends. American and European laws differ on how the term organic can be defined.

In the United States, if wineries want to label their wine “organic,” they’re prohibited from using any sulfites in the winemaking process. Organic growers may use sulfur as a fungicide in their vineyards, but only in limited amounts.

European laws are more relaxed than U.S. laws and sulfur is allowed in wine production. For this reason, a French wine that bears an organic label in France may or may not be deemed organic when sold in the U.S. Instead, the label will most likely read “made from organic grapes,” indicating that the grapes are organic, but the production of the wine isn’t.

As a general rule, most European wines and American wine that adhere to the U.S. Department of Agriculture’s regulations to be labeled as organic will have fewer ppm than non-organic U.S. wines.

You might also notice “no added sulfites” on a wine label. This indicates that no additional sulfur was added during production, but the wine may contain trace amounts of sulfites under 10 ppm that are a natural part of the wine. If a wine has less than 10 ppm of sulfites, its label may state “contains no detectable sulfites.”

There are various filters available in the market, from simple wine aerators using mesh screens to remove sediment to the Phoenix Noir Wine Purifier that removes both histamines and sulfites from wine as it is poured.

So next time you see “contains sulfites” on the label, remember that even ancient winemakers used naturally occurring preservatives — and your headache might have other causes.

About the author: Hilarie Larson is a Certified Specialist of Wine, French Wine Scholar and Wine Educator who loves to write and teach about wine in all its many facets. She received the “2013 Emerging Writer Scholarship Award” from the International Food, Wine and Travel Writers Association. Visit Northwinds Wine Consulting to learn more about bringing the enjoyment of wine to your private or corporate event.