Within the EU, Spain marches to a different drummer; and within its own borders, citizens do, too. The landscape is wrapped in contradiction: arid, spiky mountains that roll into deserts, adjacent to mountains drowning under vegetation that taper into lush forests. Dramatic coastlines resemble Northern California’s windswept tree-cliffs, or else bare, jaggedy sun-burnt cliffs dropping straight into the sea.

Driving is a bit wacky, especially in cities; but traversing wine countries is relatively easy (minus an endless peppering of toll booths that interrupt getting anywhere quickly.) Wineries are called bodegas and usually require appointments.

As for my two favorite Spanish wine regions, Rioja is north, tucked below Basque country, and more green than the Priorat—Catalonia’s brown sub-region that achieved DOQ status later than its’ northern sibling. About four hours apart in the middle, it is worth the effort to try to squeeze both into one trip.

By the way, if you trek anywhere in the Haro-to-Alfaro zone, you have no excuse not to make the short trek north to Bilbao and then 30 minutes over to San Sebastian, both the pride of Basque country.

While there, drink TXAKOLINA, a slightly fizzy, super-dry white wine from Hondarribi Zuria  and Munemahatsa  grapes. To pronounce correctly, channel your best Dana Carvey singing Choppin’ Brocc-o-li, and shorten to CHOCK-o-leeee... I’m partial to reds, but my husband couldn’t get enough of it. It is poured quite dramatically from great heights into ample, bulbous stem glasses by the server, who extends full arm-span with the bottle above their head and glass at the waist (knee level, if they like to show-off.) They have pouring championships. Trophies are displayed with great pride. 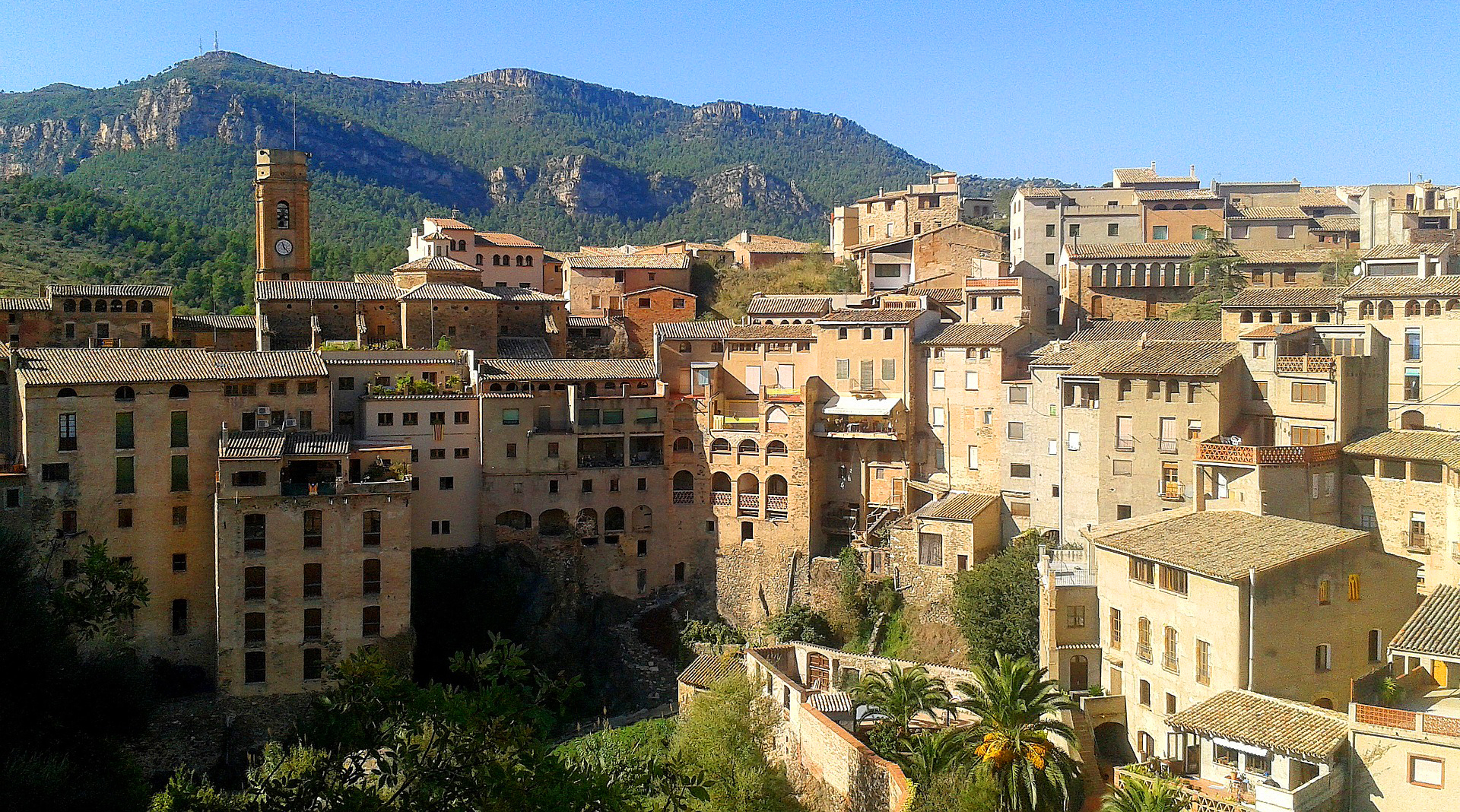 Bilbao is also known for an amazing array of gin cocktails (long before gin became the hip, latest liquor of choice.) Every bar features its own signature cocktail. San Sebastian (also known as Donostia) tends to nudge out Bilbao for foodies. Either way, we love them both!

As for the Priorat, things are a little more remote in its 23 villages. (Barcelona is the ‘big dog’ about 90 minutes away.) We found a [cooking school-slash-wine-touring operation] in its heart, which offers a whole new way to experience the area. Chef Alicia offers a number of packages and options (NOT a paid endorsement.)

And finally, an American’s quick-and-dirty on Spain’s cities’—at least during the Spring shoulder; maybe High Season changes things up a bit(?) Be prepared:

OK, raise a glass and take your pick: