Born and raised in Healdsburg, California, Anthony Austin is a fourth generation Sonoma County native, studied enology at the University of California Davis and continued his studies under the legendary winemaker Andre Tchelistcheff. 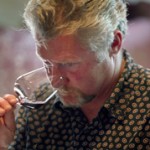 Longing to focus his talents on Pinot Noir, while still continuing to serve as a consultant to Firestone, Anthony started his own winery, Austin Cellars, which won international acclaim for its wines and remain highly sought-after collectibles. In 2001 Anthony was drawn back to Sonoma County and the cold-climate challenges of the Sonoma Coast. Shortly after his return, Anthony met John and Barbara Drady and joined their efforts in launching the Sonoma Coast Vineyards project.